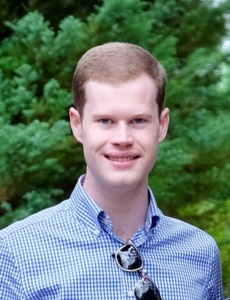 Jonathan Armstrong, a KTP Associate from Queen’s University Belfast and AI specialist at Cirdan, is currently conducting extensive research into the use of Artificial Intelligence (AI) in medical imaging with particular focus on how it can enhance and speed up cancer diagnosis. The research is a collaborative approach involving Cirdan and Queen’s University Belfast along with medical professionals working in the field of radiology and pathology. This exciting area of research is ongoing, but Jonathan shares some background, insights, and developments so far.

Medical imaging is one of the greatest diagnostic aids available to physicians and they cover a plethora of different technologies such as conventional radiography, mammography, computed tomography (CT), ultrasound, magnetic resonance imaging (MRI) to name a few. One of the newest and fastest growing modalities in this sector is digital pathology which is gaining traction due to improved technology capabilities in hospitals. Digital pathology allows pathologists to move away from the microscope and conduct their work using new software and analysis techniques that are integrated with whole slide scanners and image repositories.

The World Health Organisation (WHO) states that cancer is the leading cause of death in the in the world accounting for an estimated 9.6 million deaths in 2018; breast and colorectal cancer being the second and third most common, respectively. It also estimates that 30-50% of cancer deaths can be avoided by following prevention strategies. Early detection is also key to avoiding the more serious cases.

In the National Health Service (NHS) some of the additional pressure on these imaging modalities comes from the screening programs that are ongoing to proactively diagnose cancer. In the UK two of the largest cancer centric programs are the Breast Cancer Screening Program and the Bowel Cancer Screening Program involving both mammography and digital pathology. The availability of images in these fields can ease the burden on medical professionals by being able to incorporate computational analysis methods in to their clinical workflow. In our own research, we are focusing on two main image modalities: mammograms and whole slide colon polyp pathology slides.

With the first digital radiology images stored on cassette-based storage-phosphor image plates in the 1980s and digital pathology making an appearance in the 1990s. The speed of adoption for digital pathology has differed vastly due to one key factor, the size of the images. While X-ray images can vary between 8 and 32MB in size, whole slide digital pathology images can reach as much as 10GB in size – 320x larger! With this, there are more pressures on pathology departments to invest in adequate image storage solutions and the computing power necessary for analysis and interpretation of images .

The digital advances in radiology very soon opened the possibility of adopting Computer Aided Detection (CAD) systems due to x-ray images being smaller in size. The software was introduced to increase accuracy and decrease observational oversights by being able to automatically spot certain features within an x-ray image e.g. potentially cancerous cells. This software analysis technique along with the radiologist’s interpretation would reduce the overall false negatives rates, as well as provide reassurance to the radiologist when interpreting an image.

More recently with the advent of more powerful computing and Artificial Intelligence (AI), CAD systems have become known as Computer Aided Diagnosis systems as they are now able to both analyse and classify x-ray images for diseases/tumorous cells based on large amounts of past data. Lung and breast algorithms being the latest to get FDA approval!

How do the algorithms in medical imaging work?

Artificial intelligence in medical imaging is a way of training a computer to identify tissue variations like humans are trained to do. The algorithm is trained based on past diagnoses previously made by pathologists/radiologists. The algorithm learns this with large amounts of data and after analysing thousands of iterations of different images and diagnosis, it eventually will learn to do some identification itself.

The greatest pressures for clinicians originate from increased cancer screening of the breast and bowel, so this is where most of our research is invested currently. Our focus has been on x-ray imaging due to our expertise in the field. For example, CoreLite is a specimen radiography system for the mammography suite, which was developed to x-ray and verify microcalcifications of core biopsies at the point of care.

Since working closely in the area of specimen x-ray and mammogram, we are able to investigate and seek to incorporate the use of AI in developing the solution further e.g. testing different algorithms to find the best approach for the problem of detecting anomalies in x-ray images.

Alongside testing and research, we confer regularly with clinicians operating in the medical field within radiology and pathology and who are directly encountering the pressures from increased cancer screening programmes. This is vital in being able to understand their problems as well as needs and consequently, work on fulfilling those requirements with our approach and development of the solution.

For example, some interesting tools have been developed to surround the locations of certain points of interest that the clinicians can analyse based on a heatmap of cancer probability. The study below demonstrates the result of an algorithm that was developed based on a mammogram image input and which was analysed in under 15 seconds.

This x-ray algorithm could then be further developed to extend the capabilities of the CoreLite cabinet around automatic identifications of microcalcifications and other tissue features to seamlessly interface with the user and provide more information to help with decision making.

The benefits of adopting AI

Adopting an AI diagnostic support tool within x-ray and digital pathology clinical workflows has substantial benefits for overall healthcare as it increases throughput of cases whilst ensuring an accurate diagnosis is made. This consequently enables the pathologist to diagnose a disease more quickly and essentially provide a treatment plan for a patient as promptly as possible. Helping to prevent any further progression of a disease and increasing chances of survival – as the WHO states – ‘early detection is key to avoiding the more serious cases.’