Prof. Kennedy to talk on the development of genomic assays at Pathology Horizons 2018 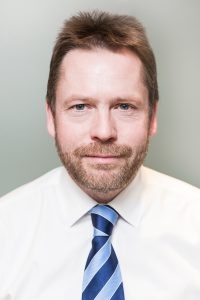 We are delighted to announce that Professor Richard Kennedy, Medical Director and Global VP of Almac Diagnostics and also, Professor in Medical Oncology at Queen’s University Belfast will be speaking at the Pathology Horizons 2018 conference in N.Ireland.

Dr. Kennedy’s talk will focus on the “development of genomic assays for multi-arm clinical trials in cancer”.

Prof. Kennedy graduated in medicine from QUB in 1995. As a postgraduate he trained as a medical oncologist and received a PhD in Molecular Biology in 2004. From 2004-2007, he worked as an instructor in oncology in Harvard Medical School, USA, where he identified novel biomarkers and drug targets for cancer treatment. This work was published in several high impact journals and the associated patent was in-licensed by a Boston- based start-up company (DNAR) in 2007.  In August 2007, he joined Almac Diagnostics as the global director of diagnostics laboratories in the UK and USA. In this role he has been involved in the design and delivery of clinical trial biomarkers on behalf of several large pharmaceutical  companies.  In 2011, he joined Queen’s University Belfast and established a research group focused on various aspects of stratified medicine. He currently sits on the CR-UK new agents committee, the MRC  Stratified Medicine Panel and the all-Ireland Breast Cancer Predict Consortium.

View conference speakers and find out more how to register.