Special Report: Where Does the Future of LIS Lie? 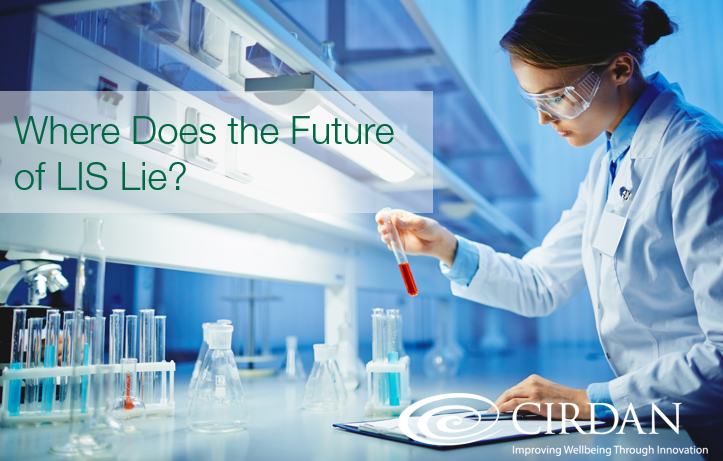 Cirdan carried out the research featured in this special report in early 2018 with the aim of determining where the future of LIS lies. The wider report examines further key factors and considerations in improving laboratory operations and efficiencies. Research was conducted through workshops and surveys to help assess the current views of the LIS market and identify the greatest priorities for industry professionals working with and implementing a new system.

Where does the Future of LIS Lie? 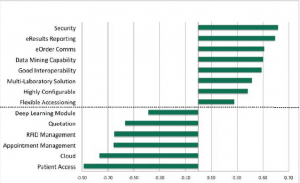 Most Laboratory Information Systems (LIS) are no longer fit for purpose, with many healthcare organisations still using systems that are over ten years old. While the software industry has undergone rapid innovation, many of its benefits have not yet made their way into LIS. The pressure on clinical laboratories is increasing rapidly and new technologies are placing new demands on them. This is creating a major gap between what is needed by LIS and what they can deliver. Cirdan has conducted workshops and surveys to identify the priorities in filling this growing gap. Participants were presented with a series of thirty-one factors grouped into overarching themes: referrals, pre-analytical, analytical, postanalytical and other. They were then asked to rate each of these factors as very important, important, somewhat important, or not important. Participants were also given the opportunity to highlight any additional factors they felt should be considered. The graph below shows the significance of the average ratings given to each factor, with the most significant factors being greater than 0 and the least significant factors being less than 0. From the data collected we were able to identify some clear priorities for laboratories.

Security was the highest priority for the laboratory staff. Digital Health Intelligence supports these findings as in its NHS IT leadership survey (2017) 66% of respondents named cyber security as a priority. This is probably not a surprise, following the year when the NHS was hit by cyber-attacks culminating with the Wannacry attack in May 2017. In the UK, the NHS was particularly badly hit, with around 50 trusts affected by the virus.

Moving to a cloud-based system was rated relatively low priority in the survey. However, more NHS trusts are beginning to see now that the cloud cannot only be trusted with security but that it can help to improve it. Cloud suppliers today, such as Microsoft and Amazon have greater resources and expertise to devote to cyber security than any individual trust. The adoption of cloud has been slow within the NHS so far, but evidence suggests that it is growing as more see its benefits. Tara Athanasiou, Director of Research and Networks at Digital Health Intelligence said: “The take-up of cloud has historically been relatively slow because of the need to win hearts and minds, but as pieces of infrastructure come up for renewal, organizations are now seeing the benefits. From the CIOs I’ve spoken to, we’ll see a tipping point in the next two years. And within the next five years, NHS organizations will be delivering some or all of their infrastructure through the cloud.” As many laboratories do not have the expertise for cyber security, moving the LIS in the cloud under a managed service contract would be the most cost effective and timely solution. We predict that, as cloud adoption grows throughout the NHS, over the next three years cloud will become of increasing importance to LIS…

The above is an excerpt of an article written by Cirdan Ltd in a Global Business Media publication, Special Report: Improving Laboratory Operations and Efficiencies. To read the article in full click here.